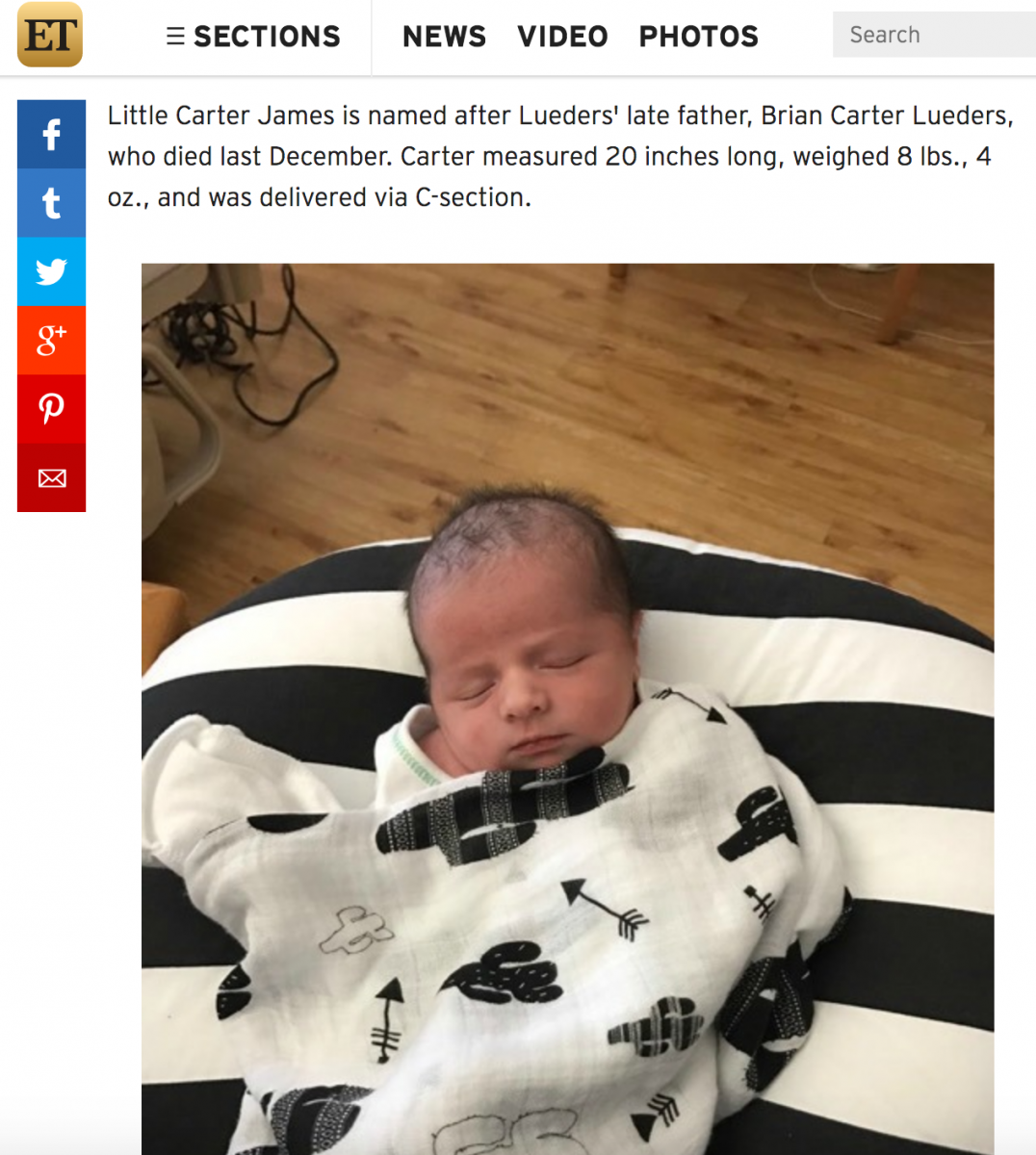 The Bachelor couple welcomed their third child together, a baby boy named Carter James, on Tuesday, Csincsak confirms to ET.

“We are super excited for 2017! We feel like there is no better way to ring in a new year than with an addition to our family,” the pro snowboarder tells ET, adding that both mom and baby are doing well and expected to go home on Friday.

Csincsak and Lueders tied the knot in 2010 after searching for love on reality TV. Csincsak was DeAnna Pappas’ final pick on season four of The Bachelorette, while Lueders was a contestant on season 13 of The Bachelor with Jason Mesnick.